In gradient elution analysis using a High Performance Liquid Chromatography system, traces of impurities from the mobile phase (from solvents, mobile phase containers, flow lines, pump, filters, gradient mixer etc.), can cause peaks to appear in chromatograms. If such ghost peaks appear, it can be difficult to distinguish them from peaks corresponding to trace sample components, reducing analysis reliability.

Ghost Peaks and poor baseline are common problems when using gradient elution in reversed phase HPLC. Identifying and elimination the source of ghost peaks can be extremely time-consuming, and has been a source of frustration for chromatographers, particularly in trace analysis work.

Ghost-Guard-LC is a mobile phase cleaning column for gradient elution. The column is filled with an very efficient absorbing granulate which removes traces of impurities in the mobile phase and suppresses the appearance of ghost peaks. This can significantly increase the analytical accuracy of trace analysis. 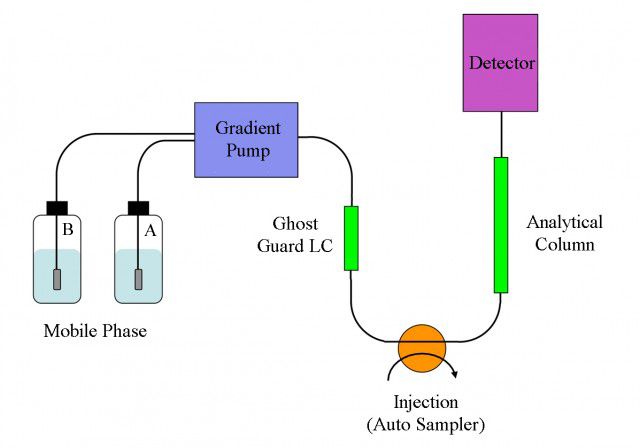 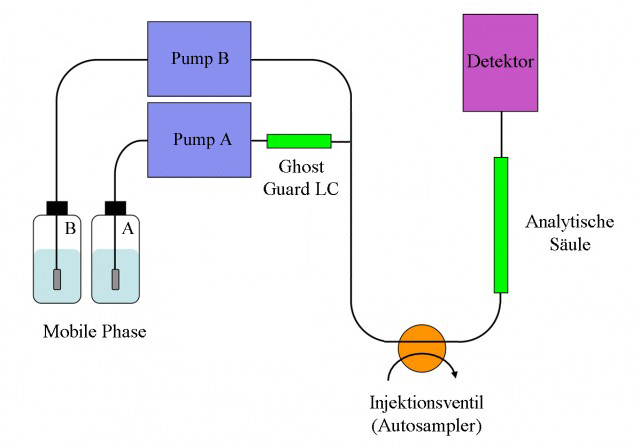